I have come to accept that I am too old to watch the BET Awards.  I caught the opening act (Bruno Mars) and was looking forward to seeing all of the artists honored.  And then M.C. Lyte (who’s blood she drinking cuz that thane don’t NEVA age) went through the list of performers/artists and I felt like Mariah Carey. You know when she smiles and says “I don’t know her”.  Or even that lil white lady that got Oprah (Sophia) in The Color Purple when she said “I don’t know her either”.  That should have been my cue to turn but I didn’t.  Because I saw El Debarge and New Edition (being honored with a lifetime achievement award).  I was also there for Mary J Blige’s performance (because I knew she was gonna give the audience that work behind that light-eyed man taking a right smart of her mutual funds and 401Ks in that divorce) and Xscape’s reunion.  That was about it on who I knew and cared about.

Instead of following my first mind, I watched the show.  Right away with Migos (Migas?) I knew there would be problems.  Something about cooking up greens and thot thot thots in a crockpot.  Yea I don’t understand.  And don’t want to.  And then I saw Trey Songz and at least recognized him but he sounded slightly better than awful singing in the key of Z (as my friend Sonja, who’s a singer, said).  And then I realized BET doesn’t spend any money on staging because the stage pretty much stayed the same the whole night.  The dancer with Trey at one point was laying down on a bare arse scratched up floor.

I love Leslie Jones on SNL, but I couldn’t get into her as the host.  I don’t know what it was.  All that screaming made my nerves bad, but maybe it was good for other people.  Again, I’m old, so maybe I just didn’t get her and all the references to weed.  It was the BET awards, but do we have to act out every stereotype?

Xscape was good (and looked good) even as Kandi (love her) had some rough spots.  Real rough spots.  I thought Tamar was EXCELLENT even if she did look like Storm in 12 lbs of hair.  And then they said she was lip syncing.  I’m not mad at it – some of the other people clearly should have done that.  Mary J Blige looked great – didn’t sound all that great but maybe it’s BET’s janky arse mics and sound system.  They probably ain’t spending on the best quality in that area either.

El Debarge was smooth paying tribute to George Michael.  Careless Whispers is still that jam.  I cried a many night with a broken heart to that song.  His suit was REALLY shiny though and he clearly couldn’t decide how to wear his hair – it looked like it was surprised they were both performing.

Have to say I LOVED the New Edition tribute from the actors that played them in the BET movie (both generations).  And of course, they came out and performed which was the highlight of my night.  They all performed together and it was amazing.  I’m getting ready to watch it again right now.  And y’all know Bobby was extra – he had a WHOLE white cat on his damn shoulder (he might have taken some of Whitney’s furs before he got put out but I can’t be sure).

Remy Ma won the award for best female hip hop artist (over Nicki Minaj, Cardi B (huh) and Missy Elliott (she got something out?) and used her speech time to shade Nicki Minaj yet again like she hadn’t already bodied her in Shether.  Of course, I ran to Twitter and Instagram because I am here for the beef.

My final thoughts are that I should have watched the show in the beginning and the end and skipped most of what came in between.  That show lasted every bit of 6 hours (it was daylight out when it started and midnight when it ended) and that’s time in my life I can never get back.  When you are a woman of a particular age, you can’t be wasting time.  I don’t know how much time I got left and I definitely don’t want to spend it with people sangin’  or rappin’ bout stuff I don’t understand if I can even figure out what they are saying half of the time.  I still don’t know why they were sangin’ bout a girl being bad and bougie cuz she got a gun and a crockpot….. 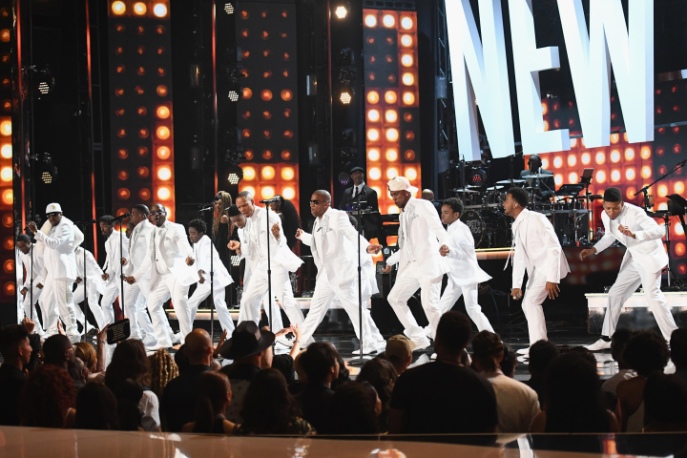