Ain’t blogged in FOREVER.  All kinds of stuff been going on too.  I guess I got really busy with the holidays and just life in general.  Y’all know I got a kindergartner and I’m old…plus I cain’t really do multiple things at one time.  And y’all know I’m an aspirin’ “authoress”, part-time comedienne, social media “mogul”, non-profit owner, entrepreneur and so many other things.

As far as shows go, Empire is on break (hope they take this time to work on the storylines – you ain’t got to put errythane you even think about into an hour-long episode); Scandal is on break (damn, and I cain’t een remember what happen on the last episode – Shonda Rhimes be wrong as hayle for leavin’ us hangin’ for months); and Mary Jane gone off too.

I’m now watching Love and Hip Hop cuz I ain’t got much else to watch but that Peter/Amina/Tara love triangle is so TIYAD.  Amina went from side chick to wife…demotin’ Tara from “wifey” to side chick.  The season opened with Tara dry grindin’ with Peter on a mattress on the flo’ of her apartment.  The same building where Amina and Peter live.  You guessed it  – Peter gets to go from one apt to the the other whenever the fancy hits him and he wants to switch it up.  Sheeit..they should all just move in with each other and have threesomes and one rent payment.  They sharing bodily fluids anyway.

The other week, the women confronted Peter, who was still actin’ douchey….Amina slapped him when she found out he’d said she was a mistake that went too far, and announced she was pregnant on her way out.  Now Tara ain’t say nothin’, but her stomach was for damn sho’ lookin’ round too.

Tonight, Amina told Peter’s grown daughter (Peter got bout 20 kids and don’t pay child support for NONE of ’em) she’d had an abortion.  Oh yeah, she told the world (everybody watching) that too.  Peter will prolly be relieved.  That’s one less kid on the chile suppote rolls at the state.  I’m pretty sure next week Tara is going to tell him SHE pregnant.  Just nasty.

I’m also into Teen Mom (yeah, I don’t like to talk about it much) and pretty much hate Farrah.  She is an AWFUL human being.  She is sooo damn annoying…and whiny..and mean to her momma and errybody.  Last week, her daughter Sophia spanked her arm.  I would usually cringe at a kid hittin’ they mama and involuntarily I might swang on them, but Farrah needed them taps.  She wants to be back with her ex (Simon) but she is sooo whiny, he has decided her stuff ain’t that good for him to be hangin’ around.  She bought his arse some new Louboutins, and he walked right outta her life in ’em.

I’m also feelin’ Fatal Attraction on TVOne.  True stories of “fatal attraction” where somebody usually ends up dead behind unrequited love.  Bay Bay – some of the stories are sooo over the top, you would think they couldn’t be true.  Like the one where the new boyfriend made a pipe bomb, wrapped it like a VCR tape, and put it in a gift-wrapped box and sent it to the husband.  The husband took it to the police who sent him home with it.  The boyfriend started calling him telling him to open the box, taunting him.  The husband thought the tape contained a sex tape of the boyfriend and his wife.  7 days after receiving the box, he finally opened it while a guy friend was visiting.  He lost both his legs, an arm, and HIS life in the ensuing blast.  They found the boyfriend in CA I think…where he had gotten plastic surgery to change his face.  He’d found yet ANOTHER woman to finance that foolishness.  He musta had some good good.  Cuz ain’t no way.  They both in jail for life.

I’m bout to run out of words, so I’m gonna come back and do another posting on RHOA.  Just got caught up on yesterday’s episode and wanna clap back about it.  Follow me on Twitter @staylorclark cuz when I blow up you gon’ wish you had. 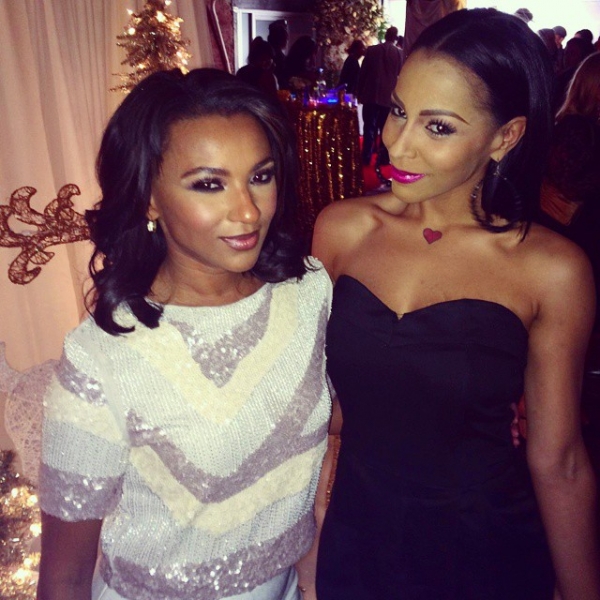