Because Bay Bay….even tho’ she sprung off that lil white man, she made that thane take all kinds of tests (spelling, blood, driving, vision, hearing, etc.) before she let him dry grind with her with they clothes off!  I’m talmbout she drew blood, inserted an IV, swabbed his mouth, and gave him a PET Scan!  And that is why I cut for Mary Jane.  Even tho’ she ain’t shame to get it in no matter if it’s cuddy buddy or “something new”, she is about protecting hers, safe sex and all of that.  And this on World Aids Day!  I love how the show deals with relevant topics that are current and doesn’t shy away from controversy.

Even when she talked about stereotypical stuff as it related to knowin’ that lil white man carnally.  “It’s Pink” will never again hold the same meaning for me that it used to.  And I love the color pink, but I digress.

CeCe was back tonight…and MJ gave her the final extortion payment. You could tell CeCe been in the game for a while because she was able to tell how many bills was in that envelope just by weighing it in her hand.  Just when you thought you wouldn’t see her no mo’, she had scaled MJ’s fence again and was back peerin’ through her windows and waitin’ to give MJ some unsolicited advice.  And yes she knew MJ had let her ancestors down by getting it in with that man. Imma need MJ to get rid of some of them windows, buy some curtains or some blinds or something.

CeCe let MJ know it was okay to keep working at them people’s station, because MJ was feelin’ some kinda way.  She had gone to speak at an HBCU (shoulda gone to speak at a white school cuz y’all know Black foke be hard on perceived sell-outs) and they roasted her after she told them she had “bought in”.  I know how MJ felt when she was all conflicted bout what to do.  Been there and didn’t wanna be there but.. oh LAWD.. the coins!  The coins were too good!  And then I had a baby, and all that stuff ain’t matter no’ mo.  Just like Kara, I wanna do my work, go home, cash my check and spend time with my family.

MJ’s brother (Patrick) is taking prescription pills and his recoverin’ addict baby mama was able to figga it out pretty quickly.  She took the bus to MJ’s job and promptly got roasted over the coals.  If I was her, I’da flipped over MJ’s desk or rustled some of her papers up or something cuz MJ ain’t have to be that cold to that lady.  She is pert near MJ’s sister-in-law.

She actually did get through to MJ though and MJ staged a surprise intervention (errybody was there ‘ceptin’ CeCe cuz she had to close up the booksto’ and Niecy cuz she was with her kids) and Shaft and Shug Avery let Patrick have it.  It was just like a scene outta Jungle Fever with Patrick as Gator ‘ceptin’ Patrick ain’t smoked up nobody’s tv.

Next week is the season finale.  MJ’s parents have taken Patrick’s daughter with Patrick vowin’ to go to hayle and back to have her with him.  Not sure where this is going…or where Mark is (still in them people’s warzone), but best believe I will be watching…. 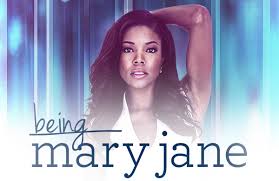