Damn, I ain’t blogged in a month of Sundays!  Why y’all ain’t say nothin’?  Anyway, I did get a chance to watch RHOA after McKenzie had me watchin’ Tangled with Rapunzel nem.  I couldn’t believe that lady stole her as a baby and stayed young cuz of all that hair Rapunzel had.  But this ain’t bout Rapunzel.  This is bout the RHOA and how NeNe and Cynthia nem was huggin’ it out at them people’s restaurant.  I was glad they made up…but then I got confused when I saw the scenes between NeNe and Greg and Peter and Cynthia.  Sheeit…DID they make up?

I also knew Peter wasn’t gon’ be happy that Cynthia and NeNe reconciled.  NeNe called yo’ man a beetch baby..said he was beetch made and you all the way giddy after you done met with her.  You don’t be that damn happy when Peter be kissin’ on yo neck and givin’ you worms.  Y’all know they say ol’ people give you worms.  Anyway, Uncle Ben old and set in his ways.  Y’all know how ol’ people are.  He ain’t tryna have that old NeNe energy and bad spirit messin’ up his happy home.  Or his sex life which was crazy to me.  Why are they havin’ more sex with NeNe outta the picture, unless Cynthia and NeNe been on them trips spoonin’ and whatnots?

I love me some Greg Leakes.  That thang is an ol’ pimp.  He got him some veneers and they stay white Hunny.  That’s them Leakes veneers cuz NeNe got her some too.  Looked like she done kinda had ’em shaved down cuz I do ‘member when they was almost too big for her mouth.

What else happened?  Oh, somebody was suin’ Derek J for stealin’ they bags of Brazilian and replacin’ it with a Yaki knockoff.  Yep, they said he was at his salon stealin’ foke hair.  So he came to Phaedra Parks because he had been served (and not in the way he wanted to be).  That thang had on a pair of Manolos that left the whole left side of his feet exposed  I know his pinky toes was crumpled up like ol’ dollar bills in them tight arse shoes.  His foot is too damn fat to be squeezin’ ’em up in them people’s shoes.  I sorta shook my head when they showed him up in Phaedra’s office because I know he bout to lose his case goin’ to Phaedra.  See Kandi, Sheree, that stripper, Bobby Brown, etc.  He should take his chances with that damn divorce attorney errybody go to in Atlanta.  His record ain’t much better but at least Greg and Todd will get a couple checks in the event of divorce.

Cynthia got to walk in fashion week, where she was self-conscious bout that booty she done grew during the RHOA hiatus.  I coulda told her when she left New York and ventured South to Atlanta, she was gon’ grow booty.  It’s just somethin’ that’s gon’ happen and ain’t nothin’ you gon’ be able to do bout it.  Kenya came to support her friend and reminded me that I missed her this episode.  As always, she SLAYED in that red dress that was slit from the roota to the toota!  Cynthia’s baby daddy and her husband were sitting together as she sashayed down they runway.  I like that they both done hit but still can break bread together.  Sorta like Shug Avery’s husband and Mistah in The Color Purple.  “I had her…you had her…we done both had her in our own way…”

The rest of the show was devoted to Todd and Kandi and how Mama Joyce called Miss Sharon a prostitute.  It was soooo uncomfortable watchin’ the flashback of Mama Joyce talmbout that lady like that, now that she done passed on into glory.  I like Todd and Kandi together, but I think Mama Joyce ain’t gon’ rest til she mess up they happy home and Kandi steady helpin’ her.  Kandi coulda saved that money she spent on that house for Mama Joyce and just moved Mama Joyce up in her house.  Cuz Kandi gon’ end up sangle and bitter just like her mama if she don’t stand up to that ol’ lady.  And she ain’t got to be mean to her, but she can stop upholdin’ her mama in foolishness.  Yes, Mama Joyce is goin’ to be the undoin’ of that marriage fo’ it get started good.  I saw how Bravo did some foreshadowing (and SHADING) when they panned to Todd’s ringless fanguh when he was up in them people’s restaurant with Uncle Ben and Cynthia.

I did holler when Miss Sharon said she was gon’ punch Mama Joyce in the mouth.  Now, I don’t condone violence but when you come out cho’ mouth all reckless and sheeit, sometimes, you gotta take a fist to the grill.  So I gets it.  Mama Sharon said she was gon’ confront her when she see her…and Kandi aunt (not Nora but the other one that tried to help fight Carmon in them people’s bridal boutique) can get a little bit too if necessary.  In other words, Miss Sharon wasn’t nobody’s punk.  I am not sure how the rest of this is going to play out, but my hope is Mama Joyce apologized at some point to Miss Sharon.  It’s clear that this is a HUGE deal for Todd as it should be, but of course, Kandi (sweet as she is) is soooo unaware and still talmbout how her mama gon’ be her mama, she love her mama in wrong and right and she ain’t gon’ stand up to Mama Joyce.  I’m pretty sure if she ain’t stand up to Mama Joyce when she used all her credit cards buyin’ stuff off QVC and takin’ out loans and sheeit in Kandi and Rylie’s name, that she ain’t gon’ stand up for Todd in this situation either.

Oh well.  My hope is she don’t go to that divorce attorney that errybody in Atlanta go to, cuz Todd might end up with the old house, the new house AND Mama Joyce new house. 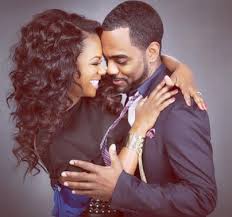