Thanksgiving 2014 is upon us!  I am so thankful to see another holiday and to be able to share it with family and friends.  GOD is indeed good!  Since I am eatin’ at somebody else’s house tomorrow and prolly gon’ make one lil side dish tomorrow mornin’, I’m sorta bored since I ain’t sleepy.  And y’all know when I am bored, I like to blog.  I also like to shop but since I got childcare and other bills, Imma just gon’ on and blog.

I think as we cook and eat up all this good holiday food and go from house to house collectin’ plates and calories, there should be some type of guide for how to act so when you get back to them people’s job on Monday, you feel fulfilled and well-rested.  Because I care bout y’all, I done put together a guide to help you get through Thanksgiving:

1) If you cooking dinner for Thanksgivin’, wash yo’ damn hands.  Now, this should be common sense, but like Big Mama used to say “Common sense ain’t all that common”.  Don’t nobody want no damn E coli all up and through they collard greens.  Wash your damn hands in some hot soapy water and dry them thoroughly.  Matta fact, errytime you work on a new and different dish, wash your damn hands again.

2)  Now I love Big Mama nem, but they used to do something that would just drive me batsheeit crazy while cooking – they would stir something, taste it and then put that same licked full of nasty saliva and bacteria spoon right back in the food.  As a kid, all I could do was pray and gon’ and ingest that spit in my dressing, but when you know better, you do better.  If you feel the need to taste your food to season it, PLEASE, I BEG OF YOU, put that damn spoon in the dishwater and get a new clean spoon to stir the food.

3)  Social media got errybody postin’ pics of they food and hashtaggin’ it.  Everybody is damn Chef Boyardee and postin’ what they call “food porn”.  In other words, the food looks and tastes so good, you would have sex with it if foke ain’t look at you crazy for dry grindin’ with the cranberry sauce.  If the hashtag on that lil dried up turkey you done made is best summed up by #strugglemeal, please do all of your Facebook friends and Twitter and Instagram followers a favor and resist the urge to post that sheeit.  Nobody wants to see it.  If the damn turkey could, it would hide its damn face for the picture.

4)  This is an expansion of 3 above.  If your cake comes out of the oven all lopsided cuz you opened the oven door too many times AND you can’t even it out with the frosting, don’t take that damn cake to nobody’s house for Thanksgiving dinner.  Stop yo’ arse at Albertson’s, Kroger’s or Publix and buy a cake.  You can even cheat by putting it in your own cake dish or tupperware like you really made it.  Nobody will know as long as you take the store tag off.

5)  If  you are helping to make dinner and you say you are making the mac and cheese and errybody go to side eyein’ and hemmin’ and hawin’ talmbout they lactose intolerant or allergic to cheese, the real truth is nobody wants your nasty dry arse mac and cheese and they just too nice to tell you to stop volunteering to make it year after year.  Just put together a nice salad instead.  And see, you done saved them from feelin’ bad and lyin’ as well as extra calories that ain’t good no how.

6)  If you get invited to someone’s house for Thanksgiving that ain’t yo’ for real for real fam’ly, please don’t show up empty-handed.  Buy some boxed wine, some mid-priced vodka or bring a dessert to them people’s house.  “They” may say you ain’t gotta bring nothin’ but best believe after you done packed up yo’ tupperware fulla they good food and done left, they gon’ be talmbout you to they other friends.  You know the ones that brought something.  You may even be the subject of one of them thinly-veiled insulting FB posts.  You know the one – they talkin’ bout you and you know it’s bout you even though they ain’t said no names.  Groceries is expensive.  Ain’t nobody got time to be just feedin’ foke all willy nilly.  Oh and bring your own foil.  That sheeit expensive too.

7)  If you do happen to take a big helpin’ of Aunt Lula Mae’s sweet potatoes and she done had an off night on ’em (maybe she had too much of that ‘yak while she was cookin’ or left out the butter, the cinnamon AND the nutmeg cuz she done got old) and they taste all bland, don’t cause a scene.  Smile, quickly swallow that bite and then discard them when you are safely next to a garbage can or a small dog when nobody is looking.  It’s Thanksgiving…ain’t no reason to make Aunt Lula Mae feel less than cuz she messed up the sweet potatoes once in 20 years.

8) Speaking of dogs, don’t let your dogs be all up in the kitchen while you cookin’ for other foke.  Put that damn dog in another room or in his cage.  You know how people be treating animal owners who bring food to a potluck.  Well don’t let that be you.  Ain’t nothin’ worse than seein’ dog hair in the dressin’ or catnip all up in your pecan pie.  If you keep that dog out of yo’ kitchen, you ain’t got to worry bout that.

9)  Try not to overeat at Thanksgiving.  The more you eat, the further you gon’ be from that weight goal you done set for yourself.  Control your portions..don’t let them control yo’ arse.  Ain’t nothin’ halfway cute bout havin’ to unbutton your pants tryna get comfortable cuz you done ate up erry damn thang.  Have some self-control.

10)  Don’t get arrested.  Again, this should be common sense but erry year around this time, somebody’s drunk uncle acts up and the police gotta be called.  And you for damn sure goin’ to jail if the po-po gotta to drive out to your house because they already mad they gotta work on the holiday and now they busy instead of being able to just play on Facebook and count down to their quitting time so they can get home and enjoy Thanksgiving.  It may seem like a good idea to drank up errythang, get sloppy drunk and think you can fight errybody, but it won’t end well.  Plus, if you go to jail on a holiday, you gon’ be there til the next “business” day.  At least, that’s what I done heard.

I was gon’ stop at 10 cuz it’s a nice round number for a list, but I need to put in a bonus tip about Black Friday.  Pushin’ and shovin’ over a tv that is $25 off ain’t hardly worth it.  You know Wal-mart ain’t gon’ have but 5 in the whole store so why even put yourself in that situation if you got an anger management problem?  I don’t wanna see you on them people’s 5 o’ clock news gettin’ yo arse beat cuz you wanted the last crockpot.  Hey, I’m here to help! 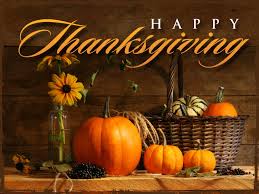