I keep forgetting that these episodes taped before Apollo did not pass go and went straight to jail.  This episode opened with him surprisin’ Phaedra at Mr. Attorney General’s (Ayden) dentist’s appointment.  I knew when Ayden saw his daddy and said ‘uh oh’…twice…it wasn’t gon’ be no quality fam’ly time up there in them people’s dentist office.  Apollo said somethin’ to Phae and she ain’t even respond.  Phaedra’s momma sat there real quiet too.  Mr. President barely let Apollo pick him up, and Apollo had to ask Ayden if he could get a hug.  Kids sense when somethin’ ain’t right.  I was so glad when they put them babies in that car because watchin’ that dentist appointment was uncomfortable as hayle.

Cynthia apparently got herself a photo spread in Essence magazine, but still talmbout Nene.  She should have known that friendship was doomed when she sat there and wrote out that friend contract.  Anytime you need a piece of paper to outline the ins and outs of yo’ friendship, you ain’t got one.  Peter decided to host a party at Bar One for her to celebrate.  I was lookin’ to celebrate also at Bar One recently while in Atlanta but could not because it had been padlocked.  I’m thinkin’ that’s why that spot ain’t make it – they were forever hostin’ personal parties for each other in a club that ain’t hold that many people to begin with.  You know how foke say certain people got the Midas Touch when it comes to business?  Well Uncle Ben got the opposite of that.  Just chalk Bar One up as a failure just like all the other stuff he done tried to do.  I’m thinkin’ he should just say forget it and fill out the application to draw SSI.  Lawd knows he old enough.

Kandi decided to buy her mama a house.  This after Kandi already gave Mama Joyce her old house.  I guess that wasn’t good enough.  Mama Joyce prolly told her if she ain’t buy her a house down the street from Kandi and Todd nem, she (Mama Joyce) was gon’ move up in they house.  You know Mama Joyce already mad that Todd mama be spendin’ nights there and Todd’s daughter is there.  Kandi will NOT stand up to her mama, because while it is good to honor your mother (and buy her a house if you got it), Mama Joyce ain’t need all them damn rooms, a tennis court, a jacuzzi, three levels, a three-car garage, etc.  She sangle, old, and ain’t got no kids at home.  I wouldn’t begrudge her if she had a man, but she ain’t even got that.  I would let her make it if her sisters lived with her, but Aunt Bertha nem got men.  If Kandi keeps lettin’ Mama Joyce do whatever the hayle she wants to, Kandi gon’ be bout as sangle as Mama Joyce.  Todd looks like he is thisclose to movin’ out that house and requestin’ his prenup payments.  And Kandi steady talmbout Todd and Mama Joyce done made progress.  Hayle, they ain’t say two words to each other up in that kitchen.  Talmbout awkward.  It was almost as bad as watching that skinny arse Missy Elliott that was cast in that Aaliyah movie.

Kenya is still upset over bein’ snatched to the ground by Porsha on that reunion show but we got a peek at the old Kenya when her friend Brandon came over and played a song on her piano called “Really Beetch”.  I hollered and died.  I also died again when he said Apollo attacking him was beige on beige crime.  I told y’all Apollo nem done set the light-skinded black man back 100 years.  Kenya went to Cynthia’s party celebrating the spread in Essence after Brandon told her she needed to move on and get back out there.  I was disappointed that Brandon didn’t go with her but we did get our first glimpse of one of the new randoms, Claudia Jordan.  She co-hosts with Ricky Smiley on his mornin’ show.  Done stole Ebony Steele’s job and bout to try to steal Porsha’s shine on RHOA.  She did deliver a good line though bout clutchin’ her purse tightly when Apollo showed up to the party.  Y’all know Apollo would steal the light skin off Brandon if he thought he could make some fast money.

Kenya tried to leave the party because she didn’t want to be around Apollo.  Apollo went after her in an effort to clear the air.  He stammered and stuttered through somewhat of an apology but it went badly because Apollo ain’t known for being good with using his words.  He was in prison when he should have been in somebody’s college.  He ended up coming back and admitting that he lied bout seein’ Kenya at that hotel in L.A. and that he lied about her offerin’ him…um…er….that other thing that ain’t regular sex.  Hey, I keeps it real in this blog, but I don’t wanna be all X-rated either in case somebody younger than 18 is reading this.  I got myself a small child so I’m all about setting the right example.

Yes, folks, you heard that right.  Apollo lied on Kenya.  He said he did it because she put him out there talmbout stop textin’ her in front of his wife and America on the reunion show ‘fo last.  I always felt like he wasn’t being honest, the whole ex-con, newly-returnin’ con thing notwithstanding.  He WISHES Kenya had done all those things.  I wanted her to stare him down and say “you ain’t gots to lie, Craig”.  Of course, Cynthia was there during this exchange (Kenya did right to have a witness) so she went back in and told Kandi, Todd and Peter nem that Apollo admitted to lying.  This made Kandi confront Apollo, and say she realizes she ain’t really know him.  I mean, what else did you need to know?  Have they MET this man?  He ain’t go to prison for sellin’ flowers off the freeway!

And that’s how it ended.  You know they bout to tell Phaedra cuz these women cain’t hold water, in a bucket reinforced in steel inside 4 other buckets.  I wonder if Phae will apologize to Kenya.  She may as well embrace Kenya since her man gon’ be locked up for the next 8 years.  Which makes me wonder if Apollo really cared about hurting Kenya as he said (funny…he didn’t care one iota if he hurt those retirees whose money he stole) or he wanted a chance to try to hit since he is getting a divorce.  Kenya is too smart for that.  I don’t think she does foke with prison records, and damn sure not foke that are married AND headed back to prison.

I don’t know how many episodes we got til Apollo reports to them people’s prison, but I’m enjoyin’ seein’ him on that countdown.  I don’t feel bad for him cuz he made the bed he will ultimately lie in, next to some big burly hard-legded dude who gon’ braid half his hair and sell him off for cigarettes.  Whew chile…cain’t wait for next week when the new Cynthia comes for Porscha.  Oh wait..hayle I done forgot to talk about Nene in Las Vegas in them people’s Cirque De Soleil show.  What’s that?  Y’all don’t care?  Okay….me either.  I’m. So. Over. Her.  I need her to write that check to the Detroit Public Schools and get outta here talmbout ‘statue (yes statue) of limitations’.  Bye, Nene, Bye.  Bloop. 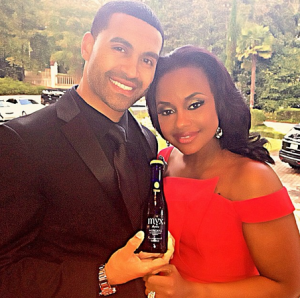