Now I just came up in here talmbout Nick Cannon’s daddy the other day.  I even alluded to the tomfoolery Yonce’s daddy done orchestrated with these lil side babies he done had in the twilight of his ol’ arse life.  Hey Matthew, you s’pose to getcho life…not make a life (in his case, lives) when you bout to draw Social Security.  Anyway, I guess he done seen how errybody else talmbout Nick Cannon’s ol’ raggely arse daddy and how that pappy been in the limelight for talkin’ reckless bout his son, his daughter-in-law and other family matters and felt left out.  And he shouldna felt left out, cuz we been talmbout his arse (but for all the wrong reasons!).  Don’t you know this thang done called in to a Houston radio station today and done said that elevator fiasco (also lovingly known as “the sheeit that go down when it’s a billion dollars in an elevator”) involvin’ Jay Z and Solange was STAGED to boost ticket sales for the On The Run Tour!!  Talmbout the Carters done used a Jedi Mind Trick on the fans and we bought it hook, line and fraudulent sanker.  Said that Solange album sales went up 200% after that incident.  Raise yo’ hand if you bought Solange’s album.  Raise yo’ hand if you knew Solange had an album.

At any rate, if’n it WAS fake, Solange is in the wrong profession because that ol’ nasty split side roundhouse kick she delivered to Jay Z’s upper torso looked convincing as HAYLE – she must be one heck of an actress and in need of an Emmy, an Oscar AND a Hoody.  And then when they came out to get in the car and the bodyguard was like ‘nawl Camel..I mean Jay Z…you cain’t get in this car bruh unless you want your chest kicked in some mo’..” and ushered him to the other limo…yeah, none of that looked staged to me.  But I have been known to believe in the tooth fairy, Santa Claus AND the boogie man once upon a time so it’s plausible that I could be fooled.  Anyway, that is not the point.  The point is why would Yonce and Solange and Kelly Rowland’s nem daddy wake up this mornin’ and call into a radio station to spread larcenies and felonies all upon the Carter’s good name?  I heard he even said Blue Ivy hair be dry.  Now that’s just mean and somethin’ a granddaddy should NOT do!

I need him to focus on the right things..namely Yonce’s little side brother and sister.  Yes, that’s right.  That thang done had two babies and 63.  When he gets old and feeble and not in his right mind, all his kids need to take turns slappin’ his face.  I don’t like fools in general, but I damn near DESPISE an ol’ fool.  That thang been livin’ for 6 decades and still ain’t figured out where babies come from?  Out here raw doggin’ it with fertile young and obviously dehydrated (‘thirsty’) randoms.  He ain’t even smooth.  Damn sho’ ain’t cute.  His line ain’t even tight…prolly cuttin’ his own damn hair since Beyoncé pink slipped his arse.  He better be glad babies is all he done brought home.  I don’t blame Tina for movin’ on.  She got her an ol’ fine man too.  Y’all know him.  He played Joe Jackson, Michael and Janet nem daddy in that Jacksons movie.  Tina looks good too..aging well and if she done had some work, it is very tasteful.  And she ain’t on the outs with her kids.  She winning.  Matthew Knowles on the other hand is doin’ the opposite of winning.  Hayle, that thang done LOST.  He got fired by Beyoncé right before she blew up and couldn’t stack checks no mo’.  Then on his little fixed income from SSI, he done went out and had these kids so he owe a gang o’ money in child suppote.  It’s hard to support yourself on SSI, let alone two babies that need diapers and formula and such.

He is an EMBARASSMENT to his daughters – I heard he tried to get back in the game with them other two girls that used to be in Destiny’s Chile and they won’t even take his calls.  Said he be gettin’ dial tones and whatnots.  So this latest move is VERY surprising.  At this point, he should just should shut the hayle up, keep his dentures brushed and his hands (and other parts to himself).  I really need to put on my usher’s badge and white gloves and push his arse down in the nearest seat.

I’m gon’ continue to pray that these daddies get it together cuz hustlin’ backwards is NOT a good look.  Nick Cannon and Solange nem need to get together and have they daddies committed and put in the same room at the nursin’ home.  Just give ’em a bed to share, no TV and no computer or phone.  Just lock they arses away cuz that is the only way they know how to keep they traps shut.  Them not knowin’ how to shut up makes me feel okay bout not havin’ a daddy.  Cuz I bet if I had one, he’d be runnin’ his damn yap too….. 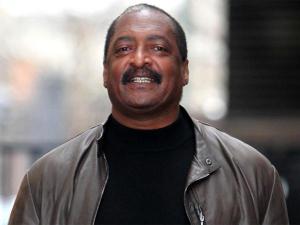