Cuz Bay Bay, she went to work on Hakeem with that broom, you heah me?  I swear that boy get beat up by his mama erry season.  You cain’t tell me he ain’t see that arse-whoopin’ coming.  He had just voted against his father…removing him as the CEO of Empire…and when he walked up in his mama’s house, she was holding a broom but not doin’ no sweepin’.  They say though when a man got a woman pregnant and he doesn’t know it, he be outta sorts so Imma cut him just a lil bit of slack.  She told Hakeem he was gon’ take that vote back or she was gon’ kill him dead like Ol’ Sophia threatened to do to Harpo.

Camilla rolled up in Lucious office with the police who drew guns on him and told him he was trespassin’.  Ain’t that some sheeit?  That man just got voted out like 10 minutes prior…he ain’t even have time to get his potted plants and framed photos together and packed up so he could leave.  He pretty much told them they were gon’ have to drag him up outta there.  And that’s when Becky ran in and told him Rhonda (his daughter-in-law) was in critical condition at them people’s hospital.  So he ended up leaving his office anyway.

Speaking of Rhonda, Boo Boo Kitty pushed her down the stairs on last season’s finale.  Rhonda was covered in blood but saw blurry heels walking away from her and out the door.  She musta laid their on that flo’ and bled for like 20 minutes but never lost consciousness.  She cried…she begged..she screamed.  And then at some point, some light came through that house and she used her cellphone (which she just happened to still have in her hand or close by even though she took quite a tumble) and threw it from a supine position out the window which triggered the alarm system.  She might need to try out for somebody’s softball team if she can do all of that.

Andre came rushing to the hospital where he found out Rhonda lost the baby.  Since he had already used that fetus as leverage with Lucious, he was real torn up.  I’m talmbout fallin’ out on the floor and errythane.  Y’all know he ain’t nobody’s stable.  Hakeem came to the hospital but Cookie threatened to go in the broom closet on his arse, so he left.

Jamal was busy being confused sexually (or greedy, however it is that you view bisexual people) and told his mama he was fine with that.  Camilla told Hakeem she could make him CEO of Empire…which made Cookie mad enough to grab a handful of them people’s candy and throw it on the floor one by one.  She tried to make a deal with Camilla but she wasn’t havin’ it.

Boo Boo Kitty showed up at the hospital to see Rhonda with poisonous flowers in tow (I don’t know if they were poisonous but I wouldn’t put nothin’ past her).  I think she just wanted to make sure Rhonda didn’t recognize that it was Boo Boo Kitty that sent her bungee jumpin’ with no cord, down them stairs.

There were other folks in the runnin’ to be CEO of Empire..but they all got beat up and whatnot, leavin’ Hakeem to take the spot. He wore a newspaper/Sunday comics suit for his first day at work and nobody said nothin’, like that sheeit was cute and normal.  He wants to put the family back together at Empire now that he is in charge, but Cookie and Lucious want to take down Camilla’s arse – Lucious gave Cookie 48 hours for that.  He also had Hakeem meet him down by the river banks like Bunky did.  Lucious told him that he was standin’ in the same spot where Bunky met his end…that if he (Lucious) would take out Bunky to save the Empire, he wouldn’t have no qualms taking his baby son’s life.  And then he gave Hakeem his gun and told Hakeem to shoot him and take his seat.  Bay Bay…I lost my eyebrows and all my edges cuz I just knew Hakeem was bout to pull the trigger (he didn’t).  Knowin’ Lucious arse, it ain’t have no bullets.  That was some ol’ Mufasa/Simba/Lion King  Nino Brown/G Money sheeit.  Lucious let Hakeem know to watch his back.  And then I missed the previews cuz I was doing my taxes and I owe them people money. 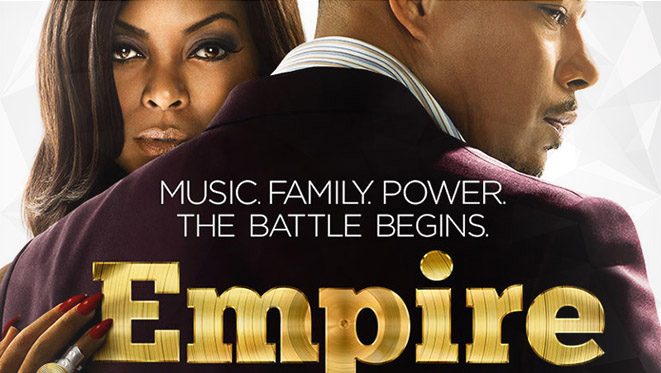