Lawd Y’all, Shonda Rhimes won’t let me excel and be great on Friday mornings!  I was all excited bout Scandal comin’ on an hour earlier ‘cause I thought that meant I could get to sleep at a proper hour and be well-rested for my job the next day.  But instead of that happening, I now have another show in my repertoire and one mo’ thang to blog about.  However, ‘fo I start talmbout Viola nem on How To Get Away With Murder, let me recap this Scandal thang.

Tonight’s show started out a lil slow for me.  I was still sober 15 minutes in which neva happens.  I was wonderin’ what I was gon’ talmbout in this blog until things started heatin’ up.  David Rosen finally stopped being scared of Jake long enough to actually play political chess in DC.  Bout damn time!

Mellie was still in that grungy ol’ housecoat and them nasty arse Uggs, sprawled out on her son’s grave eatin’ tater chips.  And just like in real life, the Secret Service allowed various breaches that included her being photographed from somebody’s long-lense-ded camera.  Of course, she made headlines the next day with the caption “The First Lady Done Went Crazy When The Chips are Down”.  I, for one, appreciated the play on words.  I also appreciated that plate of chicken she had in the next scene.  I could see why she ain’t wanna get up and put on a dress and makeup and whatnots to attend another one of Fitz’s long arse speeches because one good piece of fried chicken will make you kinda lazy, let alone seven.  She finally got it together and bathed, shaved, applied deodorant and supported her husband.  Then, she fell apart back at the White House, ruinin’ a good set of pearls in the process.  Bay Bay – I loves me a good set of pearls!  I felt her pain and agony and also the pain and agony of whoever had to sweep up them pieces of necklace from all over the floor.

The fixable moment occurred with a couple that was s’posed to attend Fitz’s speech.  The wife had ended up in a wheelchair because of gun violence and the husband was a decorated soldier…a good couple to highlight for Fitz’s gun control policies.  However, Liv had Huck and Quinn watchin’ over them, which wasn’t the brightest idea, but with Harrison in the Upper Room and Abby playin’ Liv Jr over at the White House, Liv had to work with what she got.  While Quinn and Huck were havin’ a lover’s quarrel in them people’s hotel bathroom and thisclose to dry grindin’, the wheelchair bound broad stabbed her husband in the leg with a corkscrew.  I guess she was like ‘hayle, I’m tired of bein’ the only one in this relationship in a wheelchair’.  He did not bleed to death even though he ain’t go to nobody’s hospital.  That’s how Liv nem do it.  I don’t think she provides insurance cuz the Gladiators don’t neva be able to call out sick.  Hayle, Quinn had her teeth extracted by Huck last season, and still ain’t seen a real dentist.  Speaking of Huck and Quinn, I don’t understand their relationship and I damn sho’ don’t understand how they be havin’ relations.  Ain’t no way you gon’ take a pair of pliers to my mouth and leave me with a partial plate in the back and I’m gon’ still be tryna get with you.

Cyrus tried to move on, which in my mind was too much too soon.  He is a single father now, and he doesn’t need to parade a gang of play cousins and uncles all up and through that baby’s life.  Plus the guy he got with turned out to be a male prostitute, which would explain why he was pushin’ up on ol’ arse weave wearin’ Cyrus at the bar.

We saw Jake trying to figure out what happened to Harrison, and finally got a glimpse of a toe-tagged body identified as Harrison.  I can’t be sure, but the corpse appeared to have a perm or Indian in its family.  I don’t recall Harrison havin’ hair like Katt Williams so this will be interesting moving forward.

Fitz and Liv finally got some alone time and she rewrote his speech.  She then headed over to Jake’s hotel room wearin’ nothin’ but a coat and long boots (they were hot too) where he proceeded to blow her back out all over every piece of furniture in there.  I’m sure he owes the hotel for damage.

I’m feelin’ How To Get Away With Murder a little more this week since they filmed most of it in the daylight.  I’m still confused though but that could be because of the wine I had.  I will learn Viola’s character’s name next week so I can stop referrin’ to her as Viola.  I see she like gettin’ tossed up just like Liv.  I also see she be talkin’ in hushed tones like she still havin’ them secret meetings with the other maids on The Help cuz whenever she was whisperin’ I had to hit the volume button on the remote.  She’s a damn good attorney though.  It is a solid show worth watching though I wasn’t ready for that one student actin’ all Brokeback Mountain up and through.  I was just gettin’ ova my upset stomach from watching Cyrus and that THOT he picked up at the bar.

I’m signin’ off.  I gotta go to work in the morning and I know Shonda Rhimes nem ain’t got nothin’ on these bills.  I’ll be here next week unless this Ebola thang gets so serious in Dallas that I have to move abruptly. 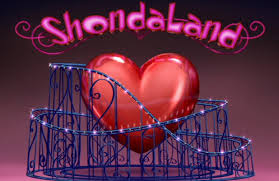