I don’t even know what to call this blog entry.  I just know I need to write because I’m angry, fed up, and disgusted.  And I’m tired…sick and tired of being sick and tired in the words of Fannie Lou Hamer.  I’ve had enough.  More than enough.

Another police officer gone rogue in a scenario we Black people know all to well.  Brother is pulled over or otherwise confronted by the police, and the police become the judge, jury AND executioner.  MY GOD…when will it stop?!  If you are a Black man (or woman) and you leave home and encounter a police officer…you may not make it back.  I remember posting something where I wondered what we could do to ensure we make it home to our families if we are stopped by the police.  We need to appear to be damn near docile.  Compliant. Submissive.  Weak.  Obedient.  Accommodating.  And not just in the “regular” sense of respecting authority but going out of our way to appear to be non-threatening so that we don’t end up dead.  And then Philando Castile, while sitting in a car, was shot and killed by a police officer in Minnesota.  His hands were up…and he was reaching for his identification.  Several bullets were pumped into the beloved cafeteria worker by a police officer and he died right in front of his girlfriend and her young daughter.

And then there was the case manager who was trying to help his mentally ill patient.  The patient had a toy truck in his hands, oblivious to what was going on around him.  The black case manager was sitting down with his hands raised.  Telling the police officer please don’t shoot, that he was gainfully employed and he was trying to help get this guy back to a group home facility.  He was shot after he got on the ground.  Thankfully, he did not die because as in all of the cases, seldom do the officers call for medical help quickly.

And then on Friday, Terrence Crutcher had his hands up as well.  Had just left night classes at a community college.  He ended up shot to death for being a “bad dude” – an assertion made by a police officer in a helicopter over the scene.  Why he was a “bad dude” is unclear but at this point, one can only assume big, black = bad dude = he has to die by gunfire.

And then today, a disabled Black man (Keith Lamont Scott) was sitting in his car reading a book and waiting on his son’s school bus in Charlotte.  His son will never see him again because he was shot and killed by the police.

So I have no answers on what we can do to ensure we don’t end up the latest story on social media…no answers on how not to have our names in hashtags next to #BlackLivesMatter….because everything I thought would save us….did not.  Black men are being shot and killed for working (selling CDs….managing the mentally ill), eating, reading a book, breathing, existing.  White men can kill up whole nightclubs of people….fire upon people in Manhattan and other major cities…shoot up theaters…schools….bomb federal buildings…kill worshippers in a church….and yet somehow, even as heinous as those crimes are….still be taken into custody ALIVE.  How does that even happen?  Makes me wanna holler.

Sadly, the only answer I have for saving ourselves is to turn white when a policeman pulls you over.  That doubles your chances of making it home alive.  Since that won’t work as a practical matter, I would remind everyone to vote in your local elections.  Get involved in the political process.  Understand who appoints the police chief and figure out how to be a part of that process.  Figure out a way to come to some type of mutual understanding  in meetings between citizens and the men in blue who solemnly vowed to serve AND PROTECT.  March and protest peacefully for required training for officers that include sensitivity, diversity and race relations. That could be a real start.  We have to do something though…because at the end of the day, EVERYBODY deserves to either come home or go to jail (if a crime is committed).  No one deserves to be handed the death penalty without a trial.  Black Lives Matter.  They do.  Every Black man that has been murdered by police officers was someone’s son, husband, father, uncle, colleague, classmate and friend.  Black Lives WILL Always Matter.  Maybe if we say it enough, the rest of America will catch on.  Or they just may be too busy being mad at Colim Kaepernick for kneeling on the truth… 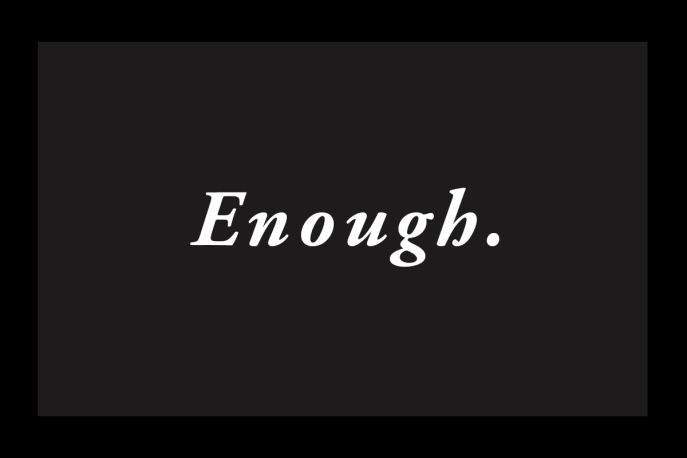